What is negligence, and how do you prove it if you're injured in Georgia?

Get a Free Consult

No Fees Unless
You Win

Most personal injury cases are based on a claim of negligence. One party (the plaintiff) must prove that the other party (the defendant) acted negligently in some way. If the plaintiff can show that the defendant’s negligence caused their injuries and financial losses, then they are entitled to compensation

Negligence is a legal theory indicating that a person, company, government entity, or other party had a legal duty and failed to uphold it. Negligence may include irresponsible actions or failure to act when appropriate.

In the legal sense, negligence may lead to a tort. A tort is a wrongful act that leads to civil liability. That means the tort of negligence can result in the defendant owing to the plaintiff damages through a personal injury lawsuit, which is a civil claim.

There are two basic elements of negligence:

To be liable in a personal injury case, there are additional elements that must be met, including:

3. The negligence resulted in injuries
4. The injuries caused damages

If you can prove all these elements of negligence, you can get compensation from the at-fault party.

Negligence can be difficult to establish. It is the injured party’s responsibility to prove that the other party was negligent.

The required standard of proof in a personal injury claim is by a “preponderance of the evidence.” That means that the plaintiff must prove that the defendant was negligent and caused injuries that resulted in damages. Under the preponderance of evidence standard, you must show a greater than a 50% chance that the claims are true.

Proving to a judge or jury that there is at least a 50% chance that the defendant was negligent can be difficult. Your injury attorney must understand negligence law and be able to point to specific actions or inactions taken by the defendant that breached their legal duty.

For example, if you are claiming that a driver was speeding and rear-ended your vehicle due to excess speed, you must be able to prove the driver was speeding. You can do this by showing traffic camera video footage, traffic citation, or eyewitness statements. However, you must be prepared for the driver to deny their negligence. In many cases, they will even try to put some or all the blame on you.

The discovery process is time allotted for a legal action for fact-finding that begins after filing a personal injury lawsuit.

All parties exchange evidence and information that may or may not support your case during the discovery process. You can also engage in depositions, which are like interviews of eyewitnesses, the other party, and anyone who may know anything about the accident that caused your injuries.

An example of when the discovery process can help prove negligence might be in a truck accident claim. Your attorney may request a record of information from the black box in the semi-truck that caused your accident. If that black box indicates that the truck driver failed to take appropriate breaks, then your attorney can claim that they were legally negligent.

According to federal regulations, their duty was to take breaks, and they breached that duty. This can result in fatigued driving, which may have caused your accident.

The only way to recover the black box information is to force the defendant to turn it over through the discovery process. There is no way the trucking company would give it to you without a lawsuit requiring the exchange of information.

There are multiple types of personal injury negligence that can impact an accident victim’s compensation.

Under the legal theory of contributory negligence, a plaintiff is completely barred from recovering compensation if they were negligent in any way. Even if the plaintiff were 1% to blame, they would not be able to recover damages.

Most states have abolished contributory negligence when determining how much money a plaintiff is entitled to. However, Alabama, Maryland, North Carolina, Virginia, and Washington, D.C. still utilize some form of contributory negligence in injury cases. This makes it very difficult to recover compensation for people who have been injured in those states.

Fortunately, the comparative negligence standard is much more forgiving. Under this law, damages are allocated to parties according to the percentage of fault. For example, if the plaintiff is 30% at fault, they can recover 70% of their damages from the defendant. If they had $100,000 in damages, the defendant would only be responsible for paying $70,000 to the plaintiff.

A plaintiff can recover damage with pure comparative negligence even if they are 99% at fault. In that case, they would simply recover 1% of their damages from the defendant.

The most common issues related to negligence are proving negligence occurred and determining the percentage.

As discussed above, proving negligence requires understanding negligence law and pointing to a specific statute or common law duty that the defendant breached. This requires solid evidence and can involve expert opinions to establish what was legally expected of the defendant.

For example, in a medical malpractice case, an expert may be required to prove the standard of care, which is a legal duty. Then, other evidence can be used to show a doctor or other medical professional breached that duty of care.

Determining the percentage of negligence can be complex. But the amount you can recover and ultimately your eligibility for any compensation rests on how much blame is allotted to each party.

In a personal injury lawsuit, the judge or jury determines the percentage of negligence for both parties. They apply the law to evidence presented by both sides and allocate a portion of fault or negligence. Then, they determine the value of the case overall and how much money the plaintiff is entitled to.

There are no specific criteria used by insurance companies or juries to determine the percentage of negligence. The insurance company will likely deny all negligence to pay you as little as possible. However, once you begin negotiating a settlement, they may be more willing to agree. 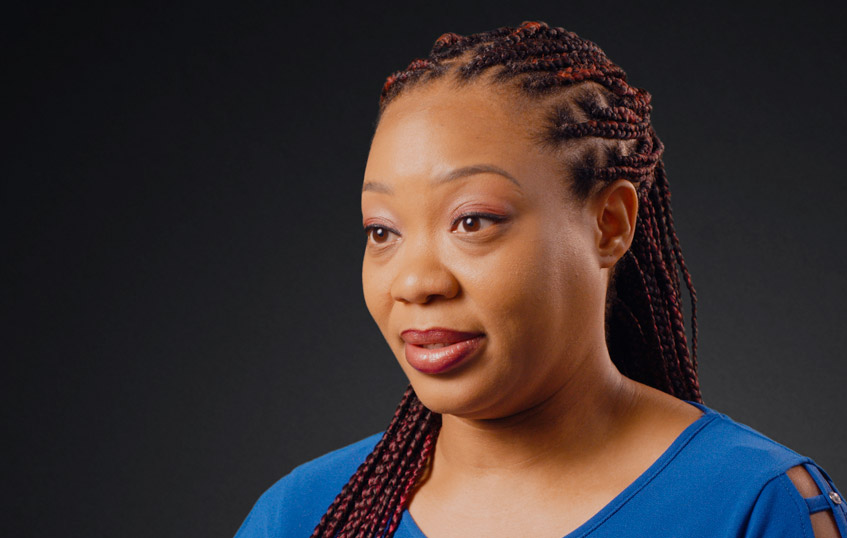 ★ ★ ★ ★ ★
"From the beginning to the very end, they made me feel as though there was not a step they couldn't handle. The attorneys at The Champion Firm made it very easy for me. They made me feel like family." ★ ★ ★ ★ ★
“When I talked to Morgyn, she [said], ‘we need you to worry about making sure you feel better. I’ve got everything else handled. If I come [across] someone that has an accident, I absolutely will refer The Champion Firm." 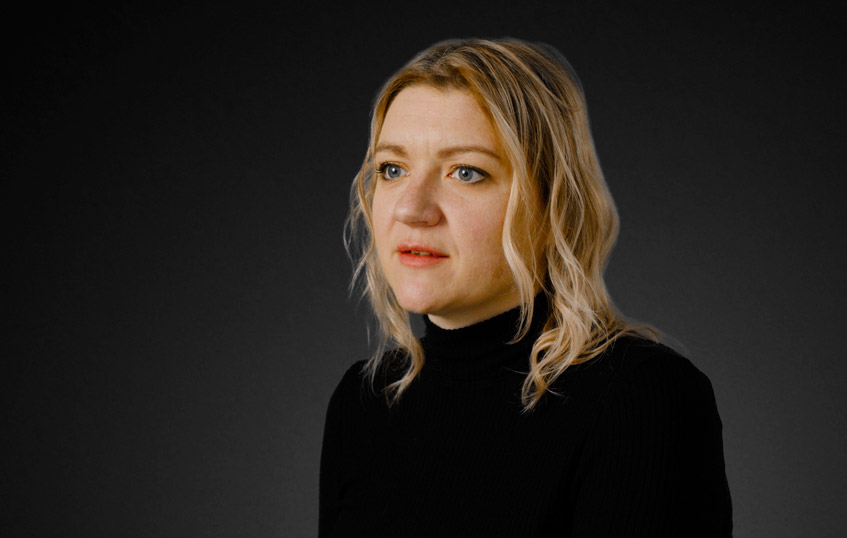 ★ ★ ★ ★ ★
“From the get go, walking into The Champion Firm, I was very welcomed and everyone was very attentive to everything that had happened to me - There was never a time I had to question anything.” ★ ★ ★ ★ ★
"I literally do not think we would have made it through this process if it had not been for the Champion Firm. They literally changed our life." ★ ★ ★ ★ ★
"A family member recommended the Champion Firm. I got the attorney on the phone immediately who walked me through my entire case." ★ ★ ★ ★ ★
“For me, that personal relationship is very important. And I felt that with everyone [at the firm]. I absolutely would recommend The Champion Firm without hesitation.” ★ ★ ★ ★ ★
“We felt like nobody cared about our situation [so] this firm felt like a blessing to us. I would refer anybody to come to this firm.” ★ ★ ★ ★ ★
"I would definitely recommend the Champion Firm. Until they took over [my case], there was no movement. And as soon as they did things happened like [snaps] that!" ★ ★ ★ ★ ★
"I have never experienced that much warmth from people that have come to my aid. To me in a situation such as this. When I come in here, [Darl] makes me feel like family." ★ ★ ★ ★ ★
"The first time I met Darl, he came to my house because I was unable to drive. He made sure I was confident and comfortable the entire process [and the firm] wants to make sure that every client is taken care of." ★ ★ ★ ★ ★
“Darl Champion is the man. He just made everything happen and made it real easy [for me]. And the whole firm is nice. Every time I come here I’m always treated like one of the lawyers.” 1. Can I Still Get Compensation If I Was Negligent in an Accident?

2. How Do I Know If I Have a Personal Injury Case?

If someone else caused your injuries due to negligence, you likely have a strong personal injury case. The best way to determine if you have a valid claim is to call a personal injury attorney who can evaluate the specific details of your case and help you understand the value of your claim.

3. How Much Can I Recover If I’m Injured Due to Negligence?

If someone was negligent and caused your injuries, resulting in financial damages, you can recover compensation to cover your losses. Damages include medical bills, lost wages, and pain and suffering.

Whether you are partially to blame, you might not get 100%; however, you may still be entitled to compensation. Contact a personal injury lawyer to find out exactly how much you can recover.

Get Help With Proving Negligence

If you have questions about your specific case and how to identify a negligent party, contact a personal injury lawyer. The Champion Firm has a team of legal professionals who understand negligence law and know how to prove that the other party owed you a duty of care.

Schedule your free, no-risk, no-obligation consultation at 404-596-8044 or complete our contact form. There’s no fee unless you win.